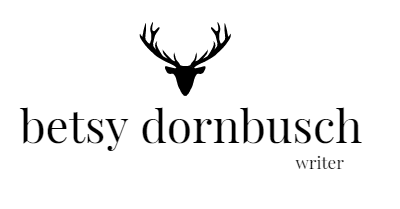 It’s been a crazy few weeks around here because of Christmas and vacation and the ever-present teenagers, one of whom just turned 17. (How did that happen???) I’ve only been on my snowboard once but I’m going again this weekend, woot!
There is much News, most of which I can share, presented in handy numerical fashion.
1. EMISSARY comes out February 9 in trade paperback
I’m going to be doing some giveaways and there’ll be a Goodreads giveaway set up soon. It’s definitely a book you can read without having read EXILE, though of course reading them in order helps. But I did my best to make it something a reader can enjoy if they just pick it up. More on the SEVEN EYES page about the story.
2. The series sold in Germany!!
No idea on release dates. I’ve only seen meta-data so far (where they start to brainstorm covers and branding, which is looking uber-cool and uber-different). There is a small chance I will do an appearance there as I might be on the continent then, depending on dates and such.
3. ENEMY is scheduled in hardback for February 2017
I know! Long time away!! Lots of time to plan some cool stuff for the release. It will mark the end of the trilogy, which is exciting. Frankly, I’m glad to have some time with my editor on it. Things are moving apace on Night Shade’s end; I just talked cover art with my editor.
My working copy:
Everything Draken thinks he knows is wrong.
The last time Draken traveled Akrasia, he was the highest lord in the land. His journey before that was eased by royal favor and the grace of the gods. This time is different. His adopted land buckling under attack from religious fanatics and his Queen presumed dead, Draken must flee a deadly coup by an upstart lord. Bitter from fighting an insurmountable war and losing the life he’s built, he lets the ghosts of past mistakes drive him into vigilante revenge. But Draken is about to learn gods and wars have a way of catching up to a man.
4. Blood Business Anthology
No date but sometime this year for a this new mystery anthology from Hex press featuring my story about a fairy finding his mob-boss’s stolen magic. Their horror anthology had done really well so I was excited to be asked to do a story for this one. It’s unique in that it’s half straight mystery and half spec fic mystery. Right up my alley!!
5. Website!
As the title above calls it, here’s my new home on the web. I’ve needed an update desperately for a long time. There is still a bit of housekeeping to do with buy links and maybe getting on some kind of schedule (hahahaha) of updating the blog here.
I have lots to add: character lists for the books, extra content, my 2016 appearances schedule, and I have to fix all the buy links. I also need new cards to reflect the new logo.
Much thanks to my hubcap for fixing my URL. 🙂
6. HOUSE OF THE HANGED MAN
Writing is going again after my taking about a month off, if I’m honest. I had my first real session yesterday and plan on hitting it again tomorrow.
HOUSE OF THE HANGED MAN is the first of a new mystery-fantasy series called THE KINGLESS AGE, and since I’m still figuring things out, I’ll leave it at that.